My newest mission... To cook something seasonal. Having a massive sweet tooth, my first choice was a dessert.

I decided to attempt a simple but delicious tart. And oh my... I nailed it. 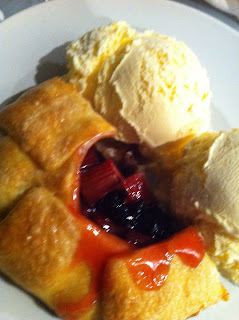 I made two large tarts but had so much mixture left I decided to make mini ones to take into work for a taste test.

The large ones are more delicious but the minis are great and so easy for a party or get together.

The response from work was fantastic. Everyone, although cautious at the mention of rhubarb, loved them.
One even went so far as to call me the "Queen of Tarts" :) a name I have taken a liking to despite the insinuation that accompanies it. 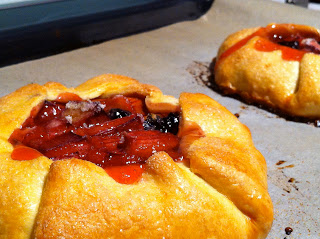 They are so easy to do; I chopped some rhubarb, grabbed some currants and popped them in a bowl with a spoon of cornflour and just enough sugar to coat the contents. 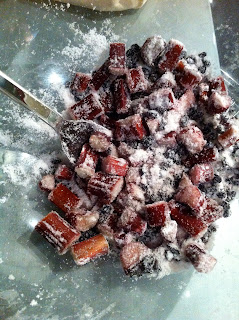 I laid out two sheets of short crust pastry and cut large circles (about 20cm).
I spooned a large amount of the mixture into the centre of the pastry, leaving about a 5cm gap around the sides, then folded the sides in to encase the mixture but left a gap in the centre. 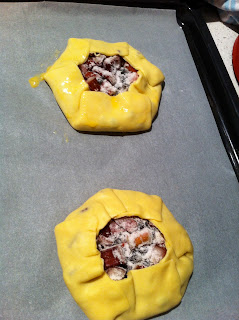 The outside was coated with egg then lightly dusted with sugar.
They went in the oven at 210 degrees for almost 25 mins. 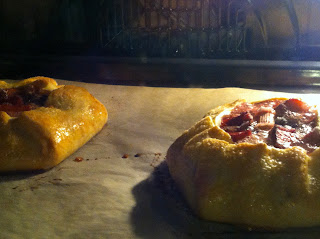 I accompanied it with vanilla ice cream and ate the whole lot.. Thats right, both tarts!!! Boy did I feel guilty but oh so satisfied with ourselves. 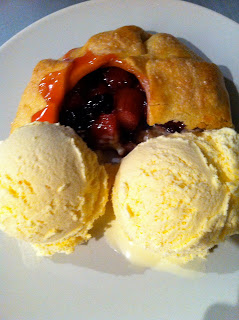 I used the left over pastry and mix to make mini tarts with a cookie cutter. They were harder to close over and did open a bit when cooking but still tasted just as good. Just think
I needed to roll the pastry out a little thinner.

Such an easy job for such an impressive taste. 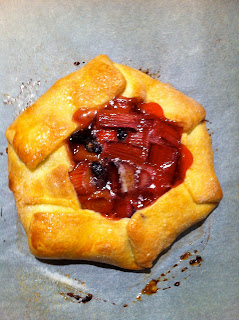