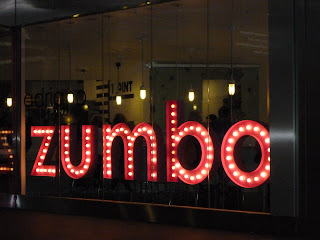 I love dessert. If someone told me that I could only eat one meal for the day, it would be dessert. When the world is ending I am going to eat my way through a mountain of dessert. So when I decided on a trip to Sydney I thought "woo hoo! There's a Zumbo shop there". 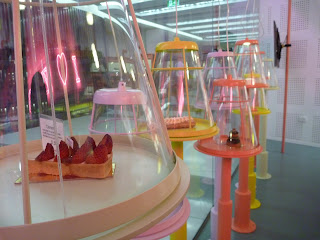 Adriano Zumbo makes my mouth water when I see him on tv presenting some new weird and wacky creation. I attempted to make his gingerbread house from the masterchef magazine for Christmas last year and failed miserably. But not to worry, take two will be this year and I promise to post all the messy pictures online. 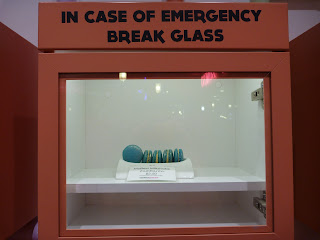 So naturally my first port of call when I arrived in Sydney, was the Zumbo shop at The Star. They have the most bizarre array of macaron flavours you will ever see. I bought a malted milkshake flavour, a salt and vinegar, a salted butter popcorn and mint chocolate. Immediately I ran to my hotel room (conveniently I just so happened to be staying at The Star) and devoured the strangely delightful creations. 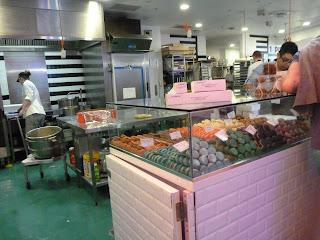 I loved the malted milkshake. Wasn't so sure about the salt and vinegar. It honestly tasted like you had just eaten a red rock deli chip. So odd. 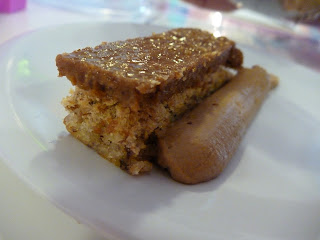 After a couple of days of picking up macarons on my  way through I thought to drop into the dining area for happy hour on the dessert train. The train looks fantastic. Like you're sitting in front of dessert wonderland. 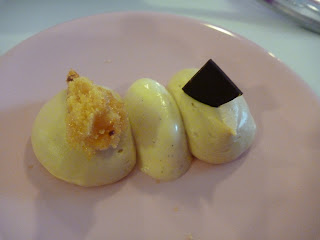 There are about 9 or so different desserts rotating around and you just take whichever you want, whenever you want. It was a blast. I was grabbing desserts left, right and center. 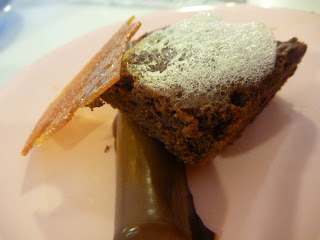 At the end you have a fantastic pile of dishes in front of you to leave you pondering how on earth you managed to make your way through it all. 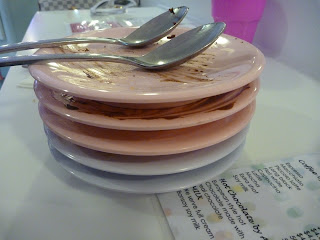 I will admit that I was expecting the desserts to be just as intriguing and taste bud tingling as the macarons. They were great desserts, but featured chocolate fondant and honeycomb rather than bubblegum and all the strange odysseys that are featured in his book (which I was given for Christmas last year). 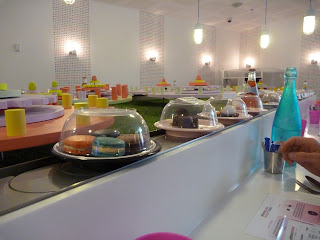 Having said that, the experience of the dessert train was a load of fun and the a la carte desserts and pastries, not to mention the macarons, are so much fun to try. There are lemon meringue tarts, chocolate cakes, and so much more. 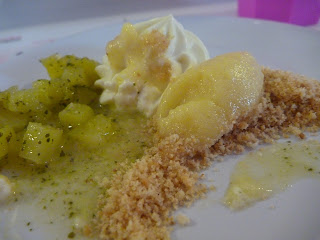 The macarons speak for themselves, I mean, I was there for 5 days and each of which I was stepping into his shop to pick something up. 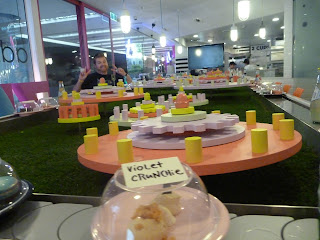 Definitely a must visit for any dessert king or queen, like me, and any Zumbo fan. 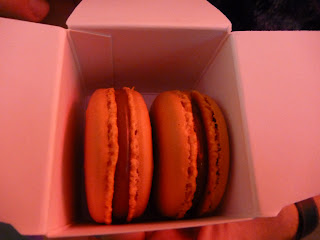